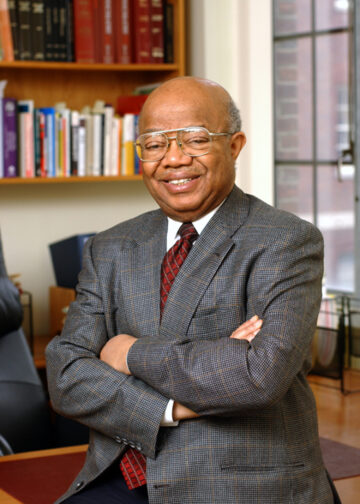 Dr. James P. Comer is a leading child psychiatrist who has served as the Maurice Falk Professor of Child Psychiatry at the Yale Child Study Center since 1976. He is best known, nationally and internationally, as the creator of the Comer School Development Program.

On Tuesday, April 5, 2022, the Foundation for Child Development hosted the second installment in its Scholars of Color Series highlighting the contributions of scholars of color in the early care and education field and the vital relevance of their work in improving the lives of young children today.

The interview with Dr. Comer featured in this webinar can be viewed here.

The School Development Program fosters the collaboration of parents, educators, and community to shape learning environments, which help students achieve greater school success. Dr. Comer’s comprehensive, transformational model of school improvement has been implemented in almost 700 schools in 26 states within the U.S., as well as internationally.

He has also authored numerous publications and received many awards for his work, including 49 honorary degrees. In 2014, President Barack Obama appointed Dr. Comer to his Advisory Commission on Educational Excellence for African Americans, and in 2016, he became an Honorary Commission Co-Chair of the Aspen Institute’s National Commission on Social, Emotional, and Academic Development.

Dr. Comer received an M.D. from Howard University. He is a member of the National Academy of Medicine and the American Academy of Arts and Sciences.

Fay E. Brown, Ph.D., is an Associate Research Scientist at the Child Study Center at Yale University, serves as the Director of Child and Adolescent Development for the School Development Program in that Center. Dr. Brown has worked at the elementary, high school, and college levels, teaching and counseling students. Her major focus in her current position is to help schools create and maintain developmentally appropriate conditions to ensure the holistic development of every child.

Dr. Brown has authored and co-authored journal articles about reading achievement of struggling elementary school students, and about the over-representation of African American students in special education classes. Dr. Brown has served as an educational consultant to individual schools, school districts, and various other groups, including parent groups. She serves on several boards and committees, including Connecticut Employment and Training Commission’s (CETC) Adult Literacy Leadership Board; Scholastic’s National Advisory Committee; Yale-Scholastic Collaborative for Child and Family Resilience; and the Nathan Ebanks Foundation in Kingston, Jamaica. 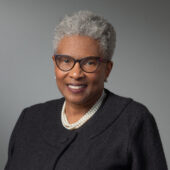 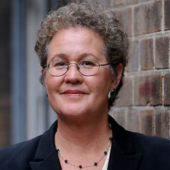 Linda Darling-Hammond, Ph.D., is the Charles E. Ducommun Professor of Education Emeritus at Stanford University and founding president of the Learning Policy Institute, created to provide high-quality research for policies that enable equitable and empowering education for each and every child. Dr. Darling-Hammond is past president of the American Educational Research Association and author of more than 30 books and 600 other publications on educational quality and equity, including the award-winning book: The Flat World and Education: How America’s Commitment to Equity Will Determine Our Future. In 2006, she was named one of the nation’s ten most influential people affecting educational policy. She led the Obama education policy transition team in 2008 and the Biden education transition team in 2020. She was appointed President of the California State Board of Education in 2019.

Jonathon Gillette, Ph.D., was the dean of the Lesley University Graduate School of Education between 2011 to 2018 and one of the founding members of a national group, Deans for Impact, dedicated to seeking ways to significantly improve teacher education.

Dr. Gillette was previously the director of the Teacher Preparation and Education Studies Program at Yale University, with joint appointments in Sociology and the Child Study Center. Gillette co-designed the recently launched a Masters in Urban Education Studies program, a fully funded, stipend supported graduate program that works in partnership with New Haven Public Schools to certify effectively prepared teachers.

Before that, he served as the director of Professional Development and Consultation for the School Development Program at the Yale Child Study Center, a national school reform model headed by Dr. James P. Comer.

Dr. Gillette received his B.A. from Harvard, a M.A.T. from Wesleyan, and a Ph.D. in Administrative Science from Yale University in 1985.

Norris M. Haynes, Ph.D., is a Professor in the Educational Leadership Department at Southern Connecticut State University. He founded and directed the Center for Community and School Action Research (CCSAR). He served as Chairperson of the Counseling and School Psychology Department. Dr. Haynes continues as a Clinical faculty member at the Yale University School of Medicine Child Study Center, having served as Associate Professor and Director of Research for the Yale University Comer School Development Program.

Dr. Haynes earned a Bachelor of Arts degree in Psychology, a Master of Arts degree, and a Certificate of Advanced Graduate Studies (CAGS) in Counseling from the State University of New York. He earned a Ph.D. in Psychology and a Master of Business Administration with a concentration in health services administration from Howard University. He completed a two-year Postdoctoral Fellowship in Psychology at Yale University. Dr. Haynes is a licensed Psychologist. He is a Fellow of the American Psychological Association and holds Diplomate Status in the International Academy for Behavioral Medicine, Counseling and Psychotherapy. He is certified as a Hypnotherapist by the National Guild of Hypnotists and by the International Association of Counselors and Therapists. 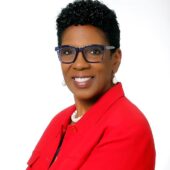 M. Ann Levett, Ph.D., is an accomplished career educator, currently serving as Superintendent of Savannah-Chatham County Public Schools in Savannah, GA. Dr. Levett began her professional academic career as a speech and language pathologist and moved to positions in leadership throughout her K-12 career and at Antioch University McGregor (OH), the Child Study Center at Yale University School of Medicine (CT), and Macon State College (GA).

Dr. Levett, a published author and nationally known speaker, has been recognized for her work as a champion of equity. Among her most recent notable achievements are 2021 National Superintendent to Watch, 2021 Georgia Carl Perkins awardee, 2020 University of Georgia College of Education Lifetime Achievement awardee, 2019 Georgia Outstanding Woman, and 2019 Georgia Department of Education’s STEM and STEAM Advocate of the Year. 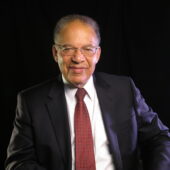 Hugh B. Price is a long-time civil rights leader, activist, and public intellectual. As president of the National Urban League from 1994 to 2003, he launched the League’s historic Campaign for African-American Achievement, spearheaded pressure on the federal government to combat police brutality and racial profiling, vigorously defended affirmative action, and helped repair frayed relations between the black and Jewish communities. He has been an editorial writer for The New York Times, senior vice president in charge of national production at WNET/Thirteen in New York City, and vice president of the Rockefeller Foundation.

His numerous television appearances range from Meet the Press and The NewsHour with Jim Lehrer to Charlie Rose and The O’Reilly Factor. Price is a fellow of the American Academy of Arts and Sciences and a member of the American Philosophical Society.

Tim P. Shriver, Ph.D., has served as the Chairman of Special Olympics International since 1996. He currently serves alongside more than six million Special Olympics athletes and their families in over 195 countries around the world.

Shriver has harnessed the power of Hollywood to challenge unconscious bias and share stories of inspiration, co-producing DreamWorks Studios’ 1997 release, Amistad, and Disney Studios’ 2000 release, The Loretta Claiborne Story. He is Executive Producer of The Ringer, a Farrelly Brothers film, Front of the Class, a Hallmark Hall of Fame television movie, and The Peanut Butter Falcon released in 2019.

In 2014, Shriver wrote The New York Times bestseller Fully Alive: Discovering What Matters Most, where he shares the life changing impact of people with intellectual disabilities and their capacity to inspire others to see the world in a more meaningful way. In 2021, Shriver co-edited The Call to Unite: Voices of Hope and Awakening, where citizens from around the world share their prayers, poems, insights, and lessons to live by in divided and challenging times.

Jan Stocklinski was a senior implementation coordinator at the Yale University School Development Program, working with the program since 1985. She earned both her bachelor’s and master’s degrees from Frostburg State University. She is presently retired living in Calabash, NC.

She retired in 1998 as director of the Comer School Development Program (SDP) after 32 years working in the Prince George’s County Public School with the last 13 years as director of the Comer Office in PGCPS. She was one of the original National SDP facilitators. Working with her staff she saw the Prince George’s County SDP grow from 10 schools in 1985 to over 80 in 1998 and from a staff of 2 to a staff of 16. Together with her staff and others in the school system, a local professional development program was developed that became a Regional SDP Training Center in 1995. The center hosted training for school staff and parents locally and from around the United States.

Valerie Maholmes, Ph.D., CAS, is a psychologist, educator, and author of books, articles, and monographs on child development. Dr. Maholmes has been a faculty member at the Yale Child Study Center where she served in numerous capacities, including director of research and policy for the Comer School Development Program. She was named the Irving B. Harris Assistant Professor of Child Psychiatry — an endowed professorial chair for social policy. Maholmes was awarded an Executive Branch Science Policy Fellowship sponsored by the Society for Research in Child Development and the American Association for the Advancement of Science. She currently is the Chief of the Pediatric Trauma and Critical Illness Branch at the Eunice Kennedy Shriver National Institute of Child Health and Human Development (NICHD) at the National Institutes of Health.